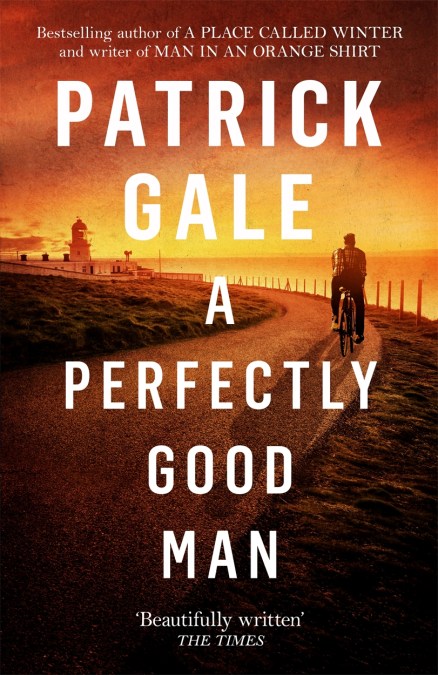 by Patrick Gale
Devastatingly moving and full of psychological insight, A PERFECTLY GOOD MAN is a warm, humane Cornish novel from the bestselling author of A PLACE CALLED WINTER

On a clear, crisp summer’s day in Cornwall, a young man carefully prepares to take his own life, and asks family friend, John Barnaby, to pray with him. Barnaby – priest, husband and father – has always tried to do good, though life hasn’t always been rosy. Lenny’s request poses problems, not just for Barnaby, but for his wife and family, and the wider community, as the secrets of the past push themselves forcefully into the present for all to see.

‘An effortlessly elastic storyteller, a writer with heart and soul’ Observer 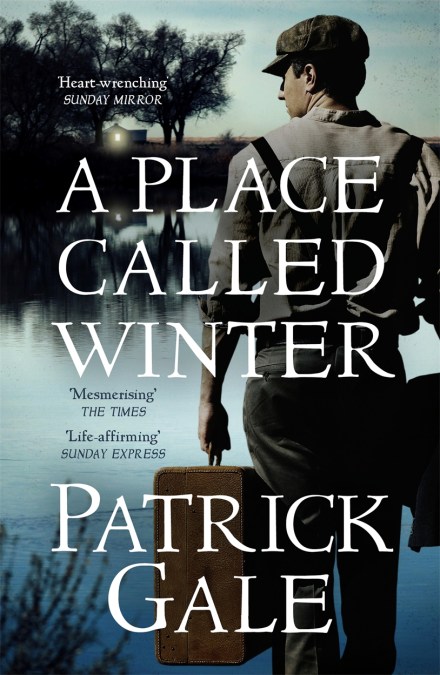 by Patrick Gale
** Shortlisted for the Costa Novel Award 2015 **

‘A mesmerising storyteller; this novel is written with intelligence and warmth’ The Times


A shy but privileged elder son, Harry Cane has followed convention at every step. Even the beginnings of an illicit, dangerous affair do little to shake the foundations of his muted existence – until the shock of discovery and the threat of arrest force him to abandon his wife and child and sign up for emigration to Canada.

Remote and unforgiving, his allotted homestead in a place called Winter is a world away from the golden suburbs of turn-of-the-century Edwardian England. And yet it is here, isolated in a seemingly harsh landscape, under the threat of war and madness that the fight for survival will reveal in Harry an inner strength and capacity for love beyond anything he has ever known before.

A Rip in Heaven

by Jeanine Cummins
The acclaimed author of AMERICAN DIRT reveals the devastating effects of a shocking tragedy in this landmark true crime book: the first ever to look intimately at the experiences of both the victims and their families.

A RIP IN HEAVEN is Jeanine Cummins’ story of a night in April, 1991, when her two cousins Julie and Robin Kerry, and her brother, Tom, were assaulted on the Old Chain of Rocks Bridge, which spans the Mississippi River just outside of St. Louis.

When, after a harrowing ordeal, Tom managed to escape the attackers and flag down help, he thought the nightmare would soon be over. He couldn’t have been more wrong. Tom, his sister Jeanine, and their entire family were just at the beginning of a horrific odyssey through the aftermath of a violent crime, a world of shocking betrayal, endless heartbreak, and utter disillusionment. It was a trial by fire from which no family member would emerge unscathed. 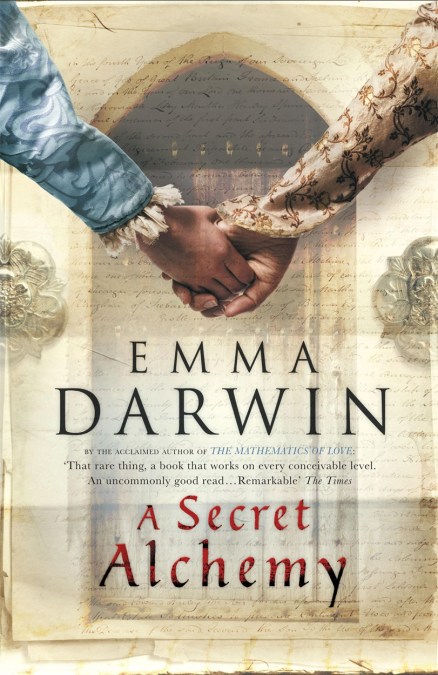 The story of the Princes in the Tower has been one of the most fascinating – and most brutal – murder mysteries in history for more than five hundred years.

In a brilliant feat of historical daring, Emma Darwin has recreated the terrible, exhilarating world of the two youngest victims of the War of the Roses: the power struggles and passion that lay behind their birth, the danger into which they fell, the profoundly moving days before their imprisonment, and the ultimate betrayal of their innocence.

In A Secret Alchemy, three voices speak: that of Elizabeth Woodville, the beautiful widow of King Edward IV; of her brother Anthony, surrogate father to the doomed Prince Edward and his brother Dickon; and that of present-day historian Una Pryor. Orphaned, and herself brought up in a family where secrets and rivalries threaten her world, Una’s experience of tragedy, betrayal and lost love help her unlock the long-buried secrets that led to the princes’ deaths.

Weaving their stories together, Emma Darwin brilliantly evokes how the violence and glamour of past ages live on within our present. 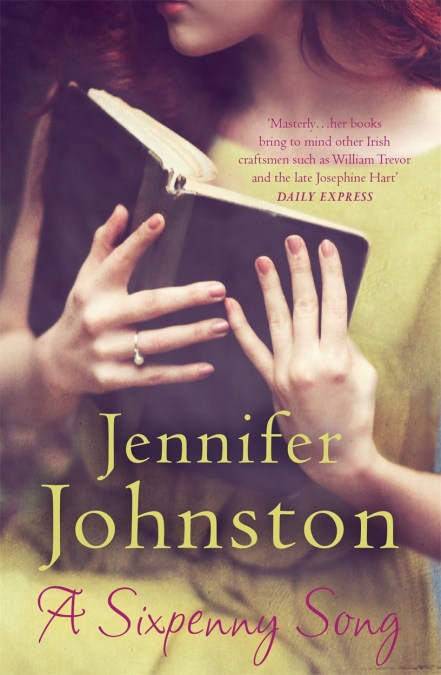 Not every death is a tragedy. Not every silver lining is intact.

Annie’s father is dead. She isn’t sorry. A rich and domineering man, he was always more passionate about money than the happiness of his wife and child. And when his lovely, fragile wife Jude died in mysterious circumstances when Annie was still very young, her father sent her to school in England, and tried to ensure that Jude was never mentioned again.

Now, at last, his days of tyranny are over. And so Annie leaves London and goes back to Dublin, to the house in which he lived and her mother died, where she makes the first of several startling discoveries: he has left her the house she hated. Now, just when she thought she was free of him, she is expected to make a new life in Ireland, and live as he would have wished. Does she dare to defy him one more time? And who will be able to tell her the truth about her mother’s life, and death, before she has to decide? 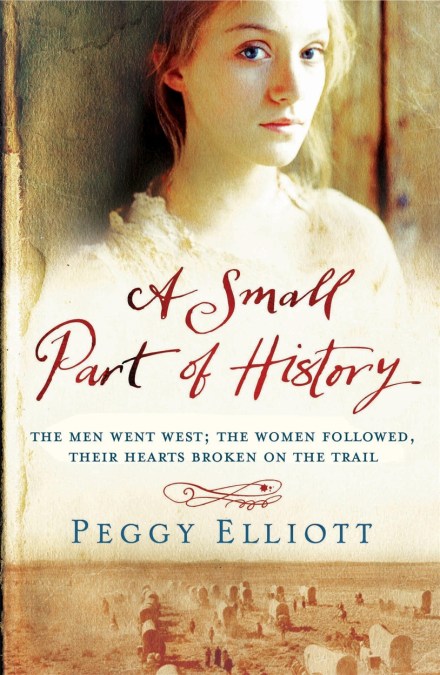 A Small Part of History

by Peggy Elliott
A SMALL PART OF HISTORY tells the story of one of the most epic journeys the settlers of America ever made, and finally does so from a woman’s perspective.

In the summer of 1845 Rebecca Springer and her family join the Oregon wagon train in search of land thousands of miles away. It’s a hard and dangerous journey through blizzards and searing heat, over prairies, desert plains and mountains and, at times, it seems as if it will never end. But an unbreakable bond develops amongst the travelling women as they are tested, physically and emotionally, and their shared experiences of new life and tragic death will bring them closer than blood ever could.
How the west was won and the terrible price that was paid.

A Small Part of History is an epic, heartfelt story of courage in the face of appalling adversity, and a haunting portrayal of how America was forged. Above all, it is a story of people and how the ties that bind us most strongly are those of friendship, of family and of love. 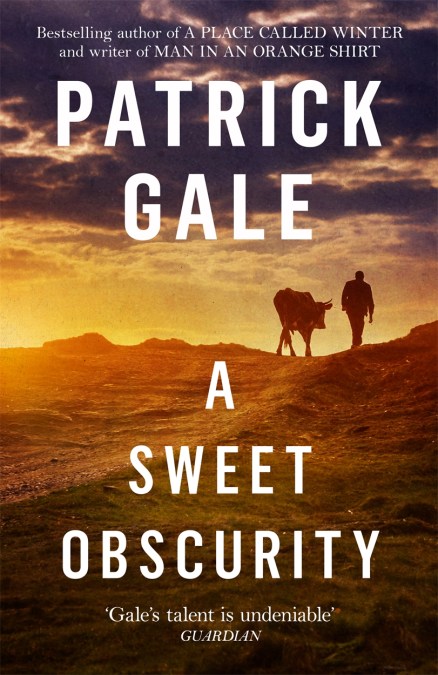 by Patrick Gale
Bittersweet and startling, A SWEET OBSCURITY is a novel of childhood, love and the consequences of how lives are lived.

‘Intriguing and impressive. A memorable study of a child forced cruelly, even tragically, to grow up too soon’ Sunday Times

Since her mother’s death, nine year old Dido has been living with her eccentric aunt, acting as peacekeeper between Eliza, her estranged husband Giles and his girlfriend. They are each cruelly burdened in different ways. Chance draws them down to Cornwall, where a country idyll offers to lighten their urban cares. Eliza falls in love with local farmer, Pearce, an event that causes the four adults to re-assess their lives, with some painful and unforeseen consequences for adults and child alike. 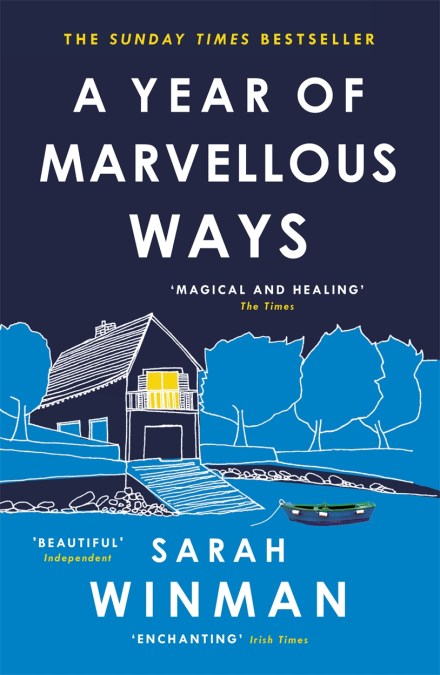 A Year of Marvellous Ways

A YEAR OF MARVELLOUS WAYS is the unforgettable and completely captivating new novel from Sarah Winman, author of the international bestseller WHEN GOD WAS A RABBIT and a Sunday Times Top Ten bestseller.

Marvellous Ways is eighty-nine years old and has lived alone in a remote Cornish creek for nearly all her life. Lately she’s taken to spending her days sitting on a mooring stone by the river with a telescope. She’s waiting for something – she’s not sure what, but she’ll know it when she sees it.

Drake is a young soldier left reeling by the Second World War. When his promise to fulfil a dying man’s last wish sees him wash up in Marvellous’ creek, broken in body and spirit, the old woman comes to his aid.

A Year of Marvellous Ways is a glorious, life-affirming story about the magic in everyday life and the pull of the sea, the healing powers of storytelling and sloe gin, love and death and how we carry on when grief comes snapping at our heels. 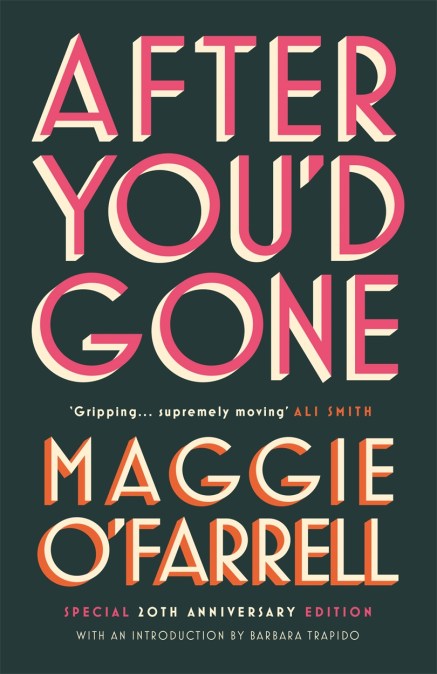 by Maggie O’Farrell
AFTER YOU’D GONE is the groundbreaking debut novel from the Costa-Award winning Maggie O’Farrell, author of THIS MUST BE THE PLACE and I AM, I AM, I AM. It is a stunning, best-selling novel of wrenching love and grief.

A distraught young woman boards a train at King’s Cross to return to her family in Scotland. Six hours later, she catches sight of something so terrible in a mirror at Waverley Station that she gets on the next train back to London.

AFTER YOU’D GONE follows Alice’s mental journey through her own past, after a traffic accident has left her in a coma. A love story that is also a story of absence, and of how our choices can reverberate through the generations, it slowly draws us closer to a dark secret at a family’s heart. 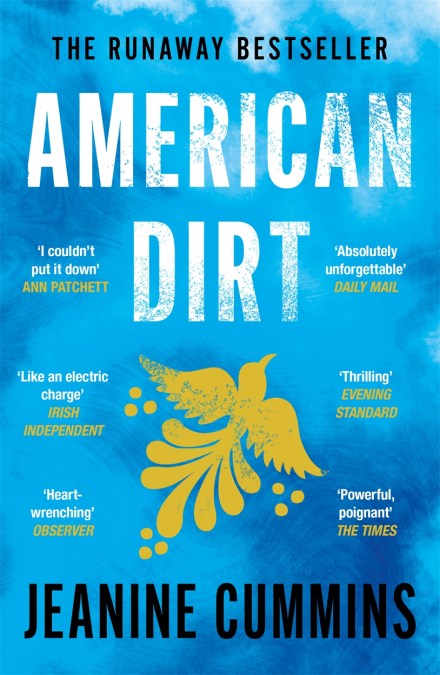 by Jeanine Cummins
‘Heartstopping… doesn’t let up… you will urge them on, fists clenched’ The Times

An extraordinary story of the lengths a mother will go to to save her son, AMERICAN DIRT has sold over 2 million copies worldwide. It’s time to read what you’ve been missing.

Lydia Perez owns a bookshop in Acapulco, Mexico, and is married to a fearless journalist. Luca, their eight-year-old son, completes the picture. But it only takes a bullet to rip them apart.

In a city in the grip of a drug cartel, friends become enemies overnight, and Lydia has no choice but to flee with Luca at her side. North for the border… whatever it takes to stay alive. The journey is dangerous – not only for them, but for those they encounter along the way. Who can be trusted? And what sacrifices is Lydia prepared to make? 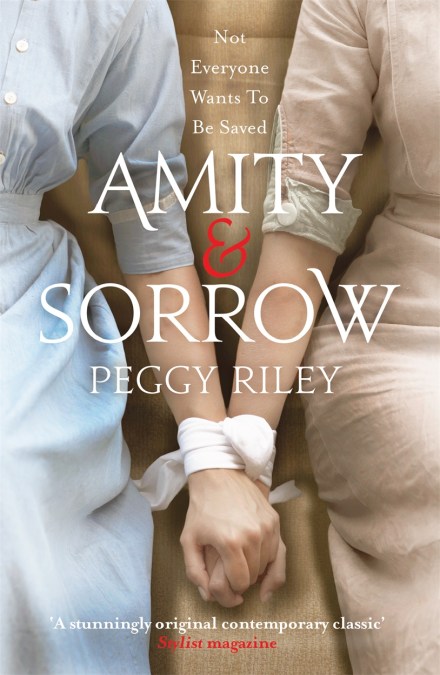 by Peggy Riley
AMITY & SORROW is a story about God, sex, and farming. It’s THE LOVELY BONES meets WITNESS: an unforgettable journey into the horrors a true believer can inflict upon his family, and what it is like to live when the end of the world doesn’t come.

In the wake of a suspicious fire, Amaranth gathers her children and flees from the cult where her children were born and raised. Now she is on the run with no one but her barely-teenage daughters, Amity and Sorrow, neither of whom have ever seen the outside world, to help her. After four days of driving without sleep, Amaranth crashes the car, leaving the family stranded at a gas station, unsure of what to do next. Rescue comes in the unlikely form of a downtrodden farmer, a man who offers sanctuary when the women need it most.

AMITY & SORROW is the story of these remarkable women, their lives before the night they fled, and their heartbreaking, hopeful future. Over the course of a season Amaranth will test the limits of her faith, and her daughters will test the limits of her patience. While Amity blossoms in this new world, free from her father’s forbidding rules and ecstatic worship, Sorrow will move heaven and earth trying to get back home… And, meanwhile, the outside world hasn’t forgotten about the fire on the compound. 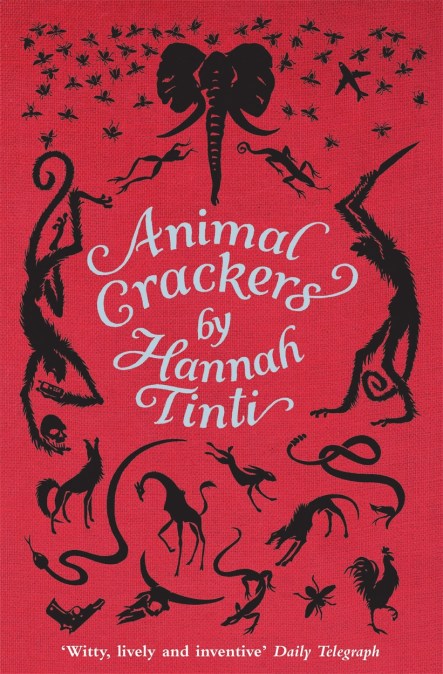 by Hannah Tinti
A zoo worker, cautiously washing down Marysue the elephant, considers the strange, grim fragments he’s heard of his co-workers’ lives. Giraffes demand better living conditions and stage a mock group suicide. A girl escapes her repressive finishing school to find freedom with the monkeys in the African jungle. Snake or dog, buffalo, cat or turkey, each animal in Hannah Tinti’s brilliant, darkly comic collection holds up a disturbing mirror to the human beings around it.
Next Page