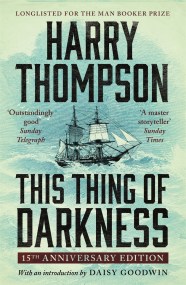 This Thing Of Darkness

The 15th anniversary edition of a brilliant, action-packed and gripping novel of Charles Darwin's voyage on the Beagle - longlisted for the Man Booker Prize.…