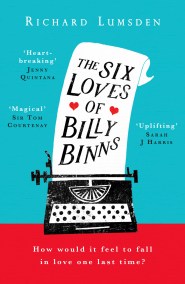 The Six Loves of Billy Binns

THE SIX LOVES OF BILLY BINNS is a deeply moving and honest debut set in London against the backdrop of the changing 20th century. it…